A jury awarded the man damages in a federal lawsuit 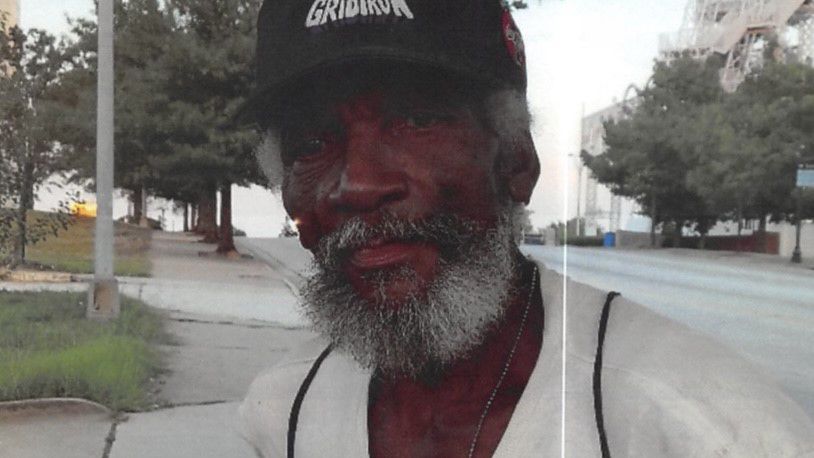 A 65-year-old man was paralyzed from the neck down four years ago, after an encounter with an Atlanta police officer resulted in him being tased, falling and fracturing his neck. Now, a federal jury has awarded him $100 million, stating that the officer involved used an unreasonable amount of force.

The verdict was read in a federal courtroom Friday afternoon, resolving a civil lawsuit filed on behalf of the now 69-year-old Jerry Blasingame. Blasingame’s conservator, Keith Edwards, sued the city of Atlanta and the officer, Jon Grubbs, for the cost of his past and future medical bills.

Attorneys representing Blasingame said the officer should have known better than to deploy a Taser on an elderly man who was running away from him. They claimed the officer violated police department policy, and his actions left Blasingame with injuries that he’ll suffer from for the remainder of his life.

“We are very, very grateful to this amazing jury and so proud of the amazing work they’ve done in holding this officer accountable and getting justice for Mr. Blasingame,” attorney Ven Johnson said.

The lawsuit was one of a small handful of civil cases that will make it to trial, according to data compiled by the U.S. District Courts that determined less than 1% of federal suits make it in front of a jury.

“While only a small percentage of lawsuits actually go to a jury trial, sometimes that is the only way they can be resolved,” civil rights attorney Craig Jones told the AJC.

The incident that injured Blasingame began the afternoon of July 10, 2018 near Windsor Street, near downtown, according to the lawsuit, which was filed in the U.S. District Court in 2019. The filing said Blasingame, who was unarmed, was on the street and asking people for money, when Grubbs and another officer arrived and saw the man talking with a driver.

When Grubbs got out of the APD patrol car and told Blasingame to stop, Blasingame moved out of the street to a guard rail, the lawsuit alleged. Then, Grubbs ran toward Blasingame.

“Grubbs gets out of the car and starts chasing my client — a 65-year-old man— and for what? For potentially asking people for money?” Johnson said.

At some point, Grubbs deployed his Taser on Blasingame, causing him to “fall and seriously injure himself.”

“Due to the tase and subsequent fall, Mr. Blasingame became unconscious and was bleeding profusely from his head,” the lawsuit said. Grubbs called for medical assistance, and Blasingame was taken to the trauma center at Grady Memorial Hospital.

“You run from the police, you get what you sow. That’s what some people think. But that’s not so,” Johnson said during his closing argument on Thursday.

Blasingame will spend the rest of his life in a residential facility requiring round-the-clock care. Johnson said his client has accrued more than $14 million in medical bills. The tab for his care in the future is anticipated to land around $1 million each year.

He said the force Grubbs used against his client was excessive, claiming that in light of Blasingame’s age and because he was running away, he was not a threat to the officer.

He also claimed Grubb’s use of the Taser violated the APD’s policy. The policy says in part that a Taser shouldn’t be deployed on anyone “actively running on foot from officers on hard surfaces or rugged terrain, visibly pregnant women, the elderly, small children, or visibly frail persons unless exigent circumstances exist.”

Johnson said Grubbs was placed on administrative leave by APD pending an internal investigation into the incident, but was allowed to return to work with full responsibility only six months later before the investigation was concluded. During his closing argument, he said the investigation into Grubbs’ actions was not thorough enough and was a poor means of holding an officer accountable for misconduct.

“This is how an officer gets away with excessive force,” he told the jury. “You bury it.”

Staci J. Miller, one of the attorneys representing the City of Atlanta and Officer Grubbs, said while Blasingame’s injuries were tragic, the way the city trains its officers and the police department’s policies governing Taser use were not what caused them. She noted the policy does not completely restrict an officer from deploying a Taser in situations where “exigent circumstances” exist that could create danger for the officer, bystander, or the person on the receiving end of the Taser.

Miller said the incident was the consequence of a series of actions, not an example of an officer intentionally using excessive force.

The eight-person jury awarded Blasingame both compensatory and punitive damages, ruling that Grubbs should be liable for $40 million and the city for $60 million.

The case comes just days after a special prosecutor announced he would not criminally prosecute the two Atlanta police officers involved in the death of Rayshard Brooks, who was shot moments after fighting with the officers and taking one’s Taser outside of a Wendy’s restaurant in 2020.

While some accepted the special prosecutor’s decision, others viewed it as a lack of justice for Brooks’ death and called for more legal review.

The City of Atlanta’s lawyers, who also represented Grubbs, were not available to comment on the verdict. A spokesperson for Atlanta Mayor Andre Dickens declined to comment.

Still outstanding for a judge’s consideration is a motion for a directed verdict filed by the city’s attorney. A ruling from a judge on that motion may amend the jury’s verdict.

Grubbs joined the Atlanta Police Department as a cadet in December 2013, according to records of the Georgia Peace Officer Standards and Training Council. He became a full officer a year later and has served on the force since then.

He has no sanctions in his POST records and is listed as an officer in good standing by the state police certifying agency.