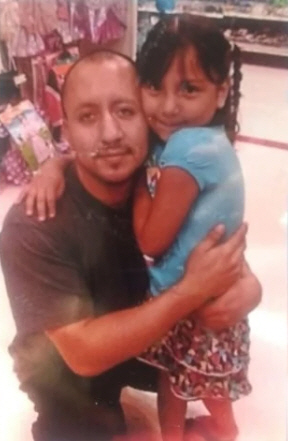 A jury has ruled that San Bernardino County must pay $4.5 million to the family of a Highland man who was fatally shot by authorities in 2018.

A federal jury ruled Thursday that since-retired sheriff’s Sgt. Gary Wheeler used excessive and unreasonable force and was negligent when he fired a fatal shot toward Juan Ramos’ back without warning while the victim was fleeing on July 22, 2018.

On the day of the shooting, authorities had responded to a call of a driver speeding near Olive and 13th streets in Highland. Deputies said that a white Ford Crown Victoria, driven by Ramos, 32, was driving recklessly and attempted a traffic stop on the vehicle.

Ramos refused to yield and led deputies on a pursuit, the San Bernardino Sheriff’s Department said in the initial press release. A deputy said Ramos held up a box cutter prior to fleeing.

Ramos eventually exited his vehicle on the 26700 block of 13th Street, where deputies ordered him to peacefully surrender. They then deployed less-than-lethal bean bags and a Taser, though those methods did not work, authorities said.

Ramos then jumped a fence attempting to flee and began to approach a group of people with the box cutter in his hand which resulted in Wheeler shooting him, officials said.

Ramos was taken to a hospital, where he later died.

A review of the shooting in 2020 by the San Bernardino County District Attorney’s Office ruled the officer-involved shooting of Ramos a legally justified use of deadly force, a spokesperson for the office confirmed.

An attorney for Ramos’ family said that he was not attempting to attack anyone and was not within striking distance of any person. Following the pursuit, Ramos had stopped his vehicle outside the residence of his aunt and uncle before exiting the vehicle.

“It happened in front of a home he would stay sometimes with his cousins,” said Dale Galipo, the family’s attorney. “They were there when it happened and tried to de-escalate the situation.”

“They saw him die,” Galipo added.

Prior to the shooting, Ramos’ cousins told deputies that he was not dangerous or violent and was not threatening the family, Galipo said.

Gloria Huerta, a spokesperson for the San Bernardino Sheriff’s Department, said that “while we are disappointed in the verdict, we stand by our deputies in the shooting deemed justified by an independent review conducted by the District Attorney’s Office.”

“The department is evaluating additional legal options at this time,” Huerta said.

A representative for San Bernardino County did not respond to request for comment on the lawsuit.

Galipo said of the verdict that he believes “the jury made the right decision” and that “society in general believes that there should be limits on the amount of deadly force a police officer can use and that when police officers do use excessive deadly force, there needs to be accountability.”

Juan Ramos, 32, of Highland, and his daughter. A jury verdict recently ruled that the San Bernardino County Sheriffs Department used excessive force that resulted in Ramos death in 2018. (Courtesy of the Law Offices of Dale K. Galipo)