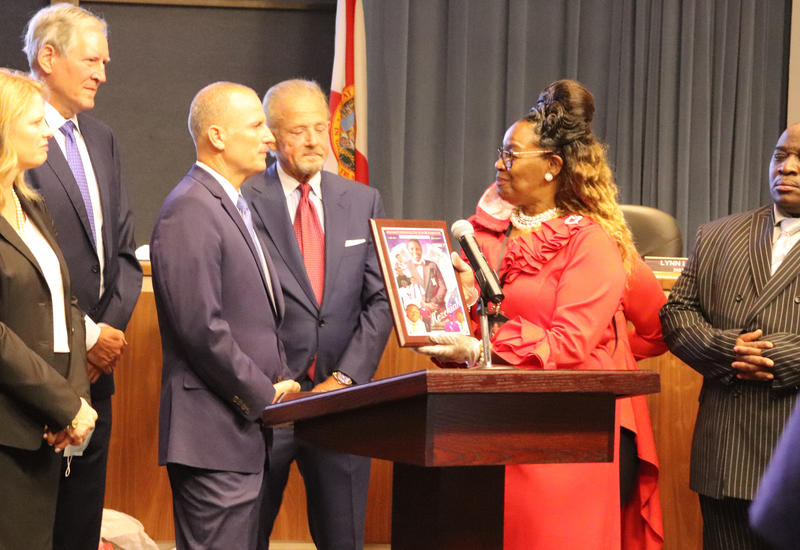 On Tuesday, the school board approved a $1 million settlement with the Walters family.

But their lawyer, Steve Yerrid, said this has always been about much more than money.

In the year since his death, Walters' family has been working with the district to create the Hezekiah Walters Sports Medicine Educational Plan on Hydration and Heat Illness.

"We are implementing this newly required training for all coaches and athletes to help us ensure that our students know the dangers of heat related illnesses," said Superintendent Addison Davis. "Our commitment to student safety is stronger today and remains our number one priority."

The plan requires that all football staff are certified in a national football coach certification program called "Heads Up Football" before the upcoming school year.

In addition, all high schools will be provided with a cold immersion tub, will have medically trained staff on campus during the hottest parts of the day, and offer mandatory water breaks every 30 minutes.

"Our school board developed this policy to ensure we have procedures like proper hydration, length of practice, access to cool areas, and other measurements that hold us as school district members and volunteers accountable," Davis said.

The policy aims to protect students in all extracurricular activities, including athletes in other sports, band members, and ROTC cadets.

Following the announcement, Walters' mother, Phyllis, presented Davis with a plaque commemorating her son and thanked Hillsborough County Schools for supporting her family throughout the past year.

In a statement, the school district said "Hezekiah Walters' legacy will live on... by educating tens of thousands of student-athletes on how to prevent heat-related illnesses."

A number of Middleton administrators were disciplined in July 2019 because protocols concerning Walters' paperwork were not followed. Assistant Principal for Administration Mark Jones was demoted and head coach Fred Reid transferred to another school.

Former Middleton star Mike Williams took the head coaching job and led the team to a 5-5 record in the 2019 season before leaving for Wharton High School in January 2020.